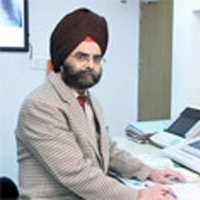 Dr. Singh is an acclaimed cardiologist of repute who has many notable honors to his credit. He has also been awarded by the President of the nation for meritorious service. He holds an extensive experience of more than three decades in supervision and administration of Medicine & Cardiology departments and has also held the position of Director of premier Cardio Thoracic Hospital at Pune and also worked at Command Hospital (Western Command) Chandimandir.